The remarkable rise of Starbucks in China

Our man in Shanghai, Alan Hepburn FIH, provides an analysis of Starbucks’ expansion in China, a country with no tradition of coffee-drinking. What lessons are there for other western businesses looking to break into this vast market?

Last week I was sat in the 30,000 sq ft Starbucks Shanghai Roastery, about five minutes walk from my apartment in Shanghai. I was there for a business meeting, trying to decide between Sumatran, Ethiopian or Nicaraguan, when I realised I was next to a couple of friends. After a quick chat, it occured to me that even in a city of 35 million people with change being constant and exponential, it’s a small world. 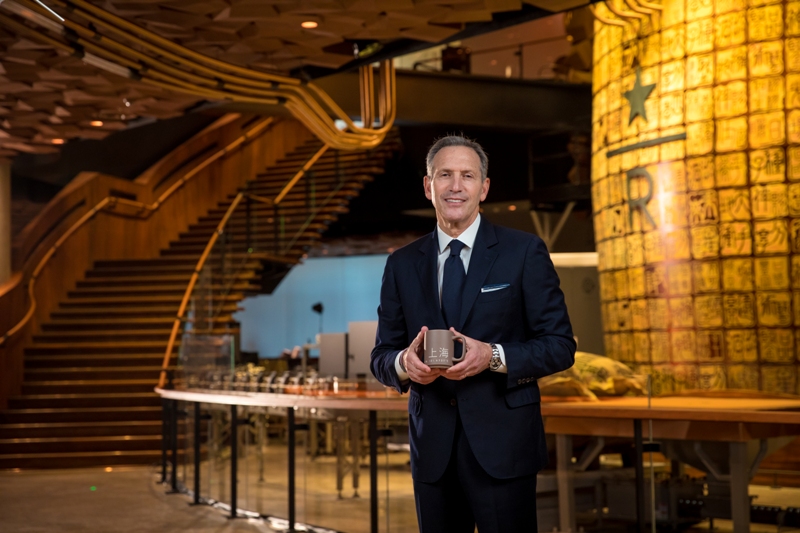 I arrived here in 2000 as manager of the Portman Ritz Carlton and remember chatting with Howard Schultz when he came to open the first Starbucks in the city (Beijing opened the first one in China in 1999). I somewhat naively asked if he was planning on opening many? He looked somewhat incredulous at my ill-judged question. “We expect 100 in the first year,” he said. They now have 3,000 stores in China and are opening one every 15 hours – projecting 5,000 by 2020.

I was new to China and frankly had not observed much coffee-drinking going on. But what I had missed was … well, pretty much everything.

What Starbucks saw in China was four things: firstly the growth potential in the middle/upper middle class who want to buy an upscale Western experience. 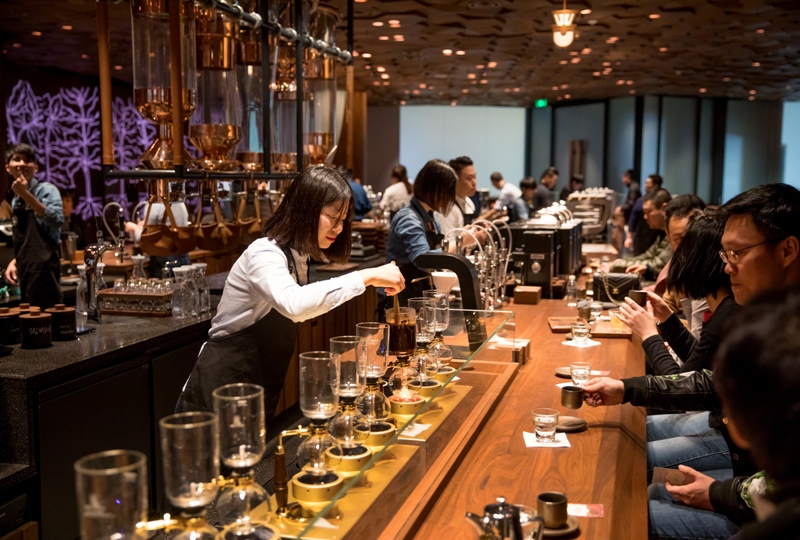 The floor space of a Starbucks in China is substantially bigger than in the West. People have business meetings, social gatherings, go on dates and get interviewed for jobs in China’s Starbucks. The saying here is: “The first two thirds of your cup is for enjoying, the last third is for staying.” Three quarters of all coffee drunk in China is consumed by 25-35 year olds and 99% of retail coffee sales is instant, but that will change.

Secondly, Starbucks’ growth in China shows the importance of not removing the essence of what makes you successful elsewhere, but shows how this needs to be adapted. As Roy T Bennet once said: “The past is a place of reference, not a place of residence.”

The Macha Frappuccino (220 – 440 calories depending on size) is a huge seller here. Green tea powder, loads of cream, milk and vanilla syrup and not a hint of coffee in sight. I have struggled in the past to get a simple espresso, as very few people are drinking them in China. But that will change.

The Roastery here is a modern-day F&B masterpiece with all the theatre of coffee roasting, artisan bread-making and stunning retail. But take a look at what people are consuming and it’s a lot less coffee than you might expect. But, as I say, that will change.

Thirdly, brands which understand progression from entry-level to premium do very well here. There are famous dumpling shops where you pay four different prices according to where you consume the same dumpling.

The last thing Starbucks understood was marketing. Their social media presence was well-established and generally ahead of most Western brands in China during its first decade here. The rest tried catch-up and some succeeded but most failed. Telling your brand story here needs content and context and it better be entertaining and fun. I spoke with the head of marketing for one of the world’s biggest and coolest sports fashion brands two years ago and he was telling me they had just moved into mobile platform selling. That’s like arriving today in Scotland and telling them you just invented whisky.

Sadly, many Western brands can’t grasp the speed of change and that the Chinese consumer is dynamic, developing and learning quickly. By the time many companies work out their ‘China strategy’ the market may have moved or changed.

I’ve lost count of the number of UK companies (including the famous ones) I speak to and meet with who bring a rigid ‘what made us successful in the past will determine all our action for the future’ attitude and end up closing shop, heading home and blaming China.

Don’t get mad, get prepared. Starbucks’ next Roastery opens in Milan, the home of great coffee and design.  But before we mention coals and Newcastle, I’m betting Starbucks have that well-covered too.

Alan Hepburn FIH has spent more than 30 years in Asia in the hospitality and lifestyle sector. Having run some of the world’s best hotels , he then developed, opened and operated China’s first luxury lifestyle company: the multi-award winning Three On The Bund in Shanghai. The Hepburn Group is a Shanghai/Singapore-based boutique consultancy that works with hospitality and F&B companies from the West, helping them navigate the challenges of market-entry and growth in China and Asia.