More than 280 hospitality professionals came together this June to celebrate the very best in people development at the Institute of Hospitality Annual Dinner & Awards. 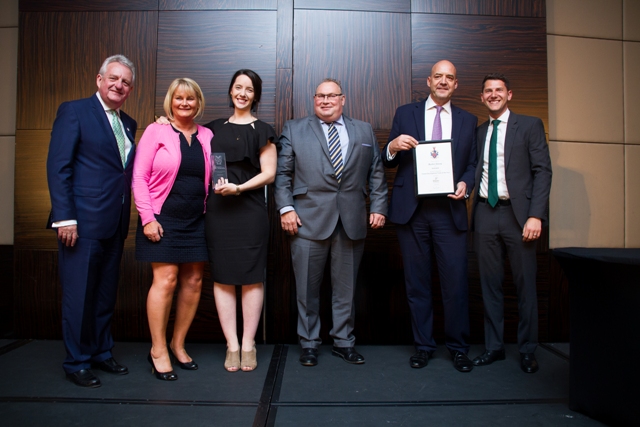 Talent Development Team of the Year – BaxterStorey
Sponsored by Tchibo

BaxterStorey’s nine-month graduate programme fast tracks candidates into managerial roles. Now in its seventh year, it receives over 500 applications from hospitality graduates per year, proving how popular and recognised the programme is.In 2017, BaxterStorey launched its newest training initiative: the Service Academy. Designed to ensure hospitality staff across the business are equipped with skills and confidence to provide a service to rival that of a five-star hotel, the initiative is the first of its kind within the hospitality industry.

It was developed by graduate Gabrielle Le Roux AIH who successfully completed the WSET Wine Educator programme and led the application for BaxterStorey to become the first UK Contract Caterer accredited to deliver WSET courses. This also makes her the first APP educator within the foodservice industry, and she is responsible for running the training available to all 8,500 BaxterStorey staff. 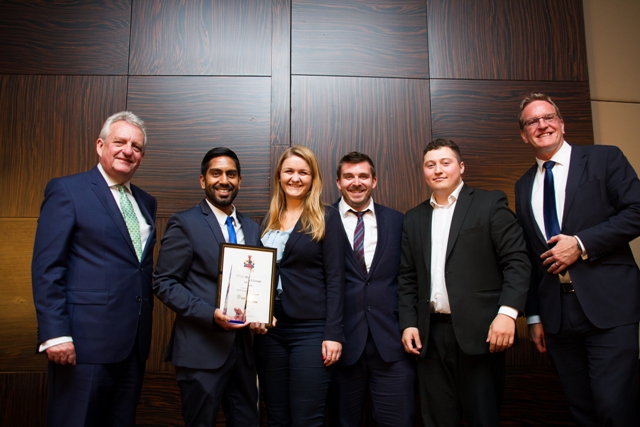 Sixteen successful students (out of 140 applications) went through the selection process.
Regional training manager Paresh Vara said: “Inducting our students in the right way was important to us. We wanted them to feel welcome and know that they had made the right choice by joining our company. We designed a ‘Fresher’s Week’ full of great induction activities, starting on their first day with our company induction workshop: Connect!”

“A Whatsapp group was created prior to the arrival of the students. We also provided them with an induction workbook, the Discovery Book to track their learning and serve as a reference tool throughout the placement. Their Fresher’s Week also consisted of a hotel welcome, a “get to know London”, using Twitter and Instagram to snap #landmarkselfies. Their week ended with a treasure hunt across the London hotels.” 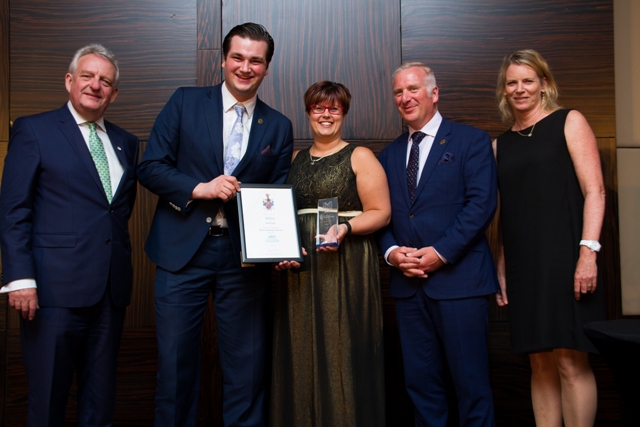 Hilton UK & Ireland’s Management Development Programme was introduced in 2012 with the objective of developing the future talent pool for operational roles (assistant/departmental manager). The overall aim is to cultivate and prepare individuals who have the potential and drive to reach at least departmental manager status within 18 months. Their experience includes two nine-month hotel placements in the UK covering two main areas in each placement (F&B and front office), five residential workshops and two business-driven projects.

The graduates are assigned a hotel senior leader as mentor and also have a ‘graduate group leader’ who oversees four or five of them as a peer-group to provide additional support, guidance and direction. Since the programme’s inception in 2012, it has successfully filled 58 leadership positions. 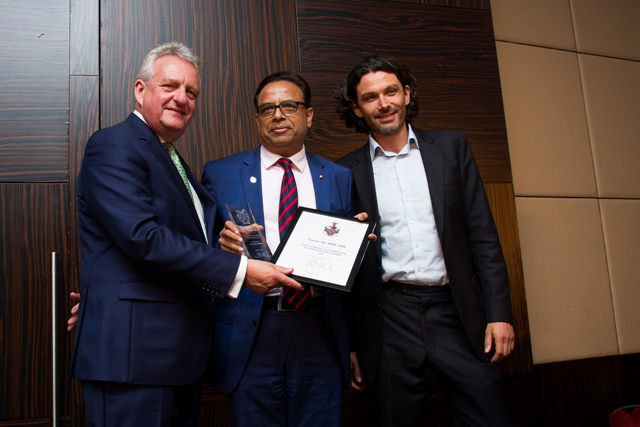 Enam Ali MBE FIH is among the most prominent British Asian personalities and the man behind revolutionary change in the curry industry. He began his community work by establishing numerous trade associations in the 1990s and published the industry’s first and leading trade publication, Spice Business Magazine, in 1997. Subsequently he founded the Annual British Curry Awards in 2005 which is dubbed as the ‘Curry Oscars’. He is also the founder of multi award-winning restaurant Le Raj and recently established a training restaurant Le Raj Academy @ NESCOT college. Alongside this, Ali has developed outstanding relationships in the political arena as a member of the Home Office Hospitality Advisory Panel. In 2009 Enam was appointed a Member of the Order of the British Empire (MBE) in the 2009 New Year Honours for his services to the Indian and Bangladeshi restaurant industry. 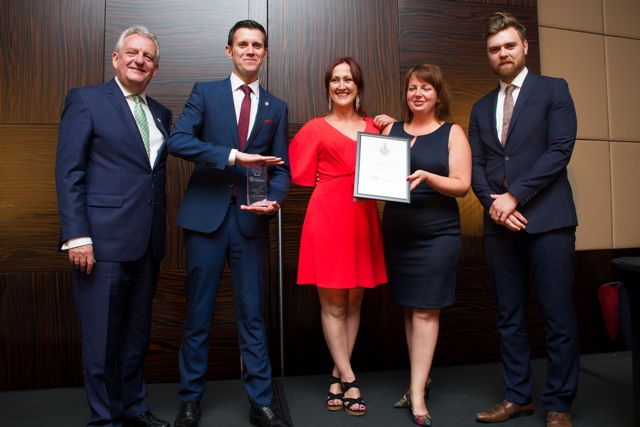 Peter Ducker FIH, chief executive, Institute of Hospitality, commented: “Robert has demonstrated a tireless energy and determination to support colleagues, using creative and inspiring methods to attract and retain an engaged and enthusiastic team despite not having the funds and support of a big brand behind him.”

The following organisations were Highly Commended by the judges. 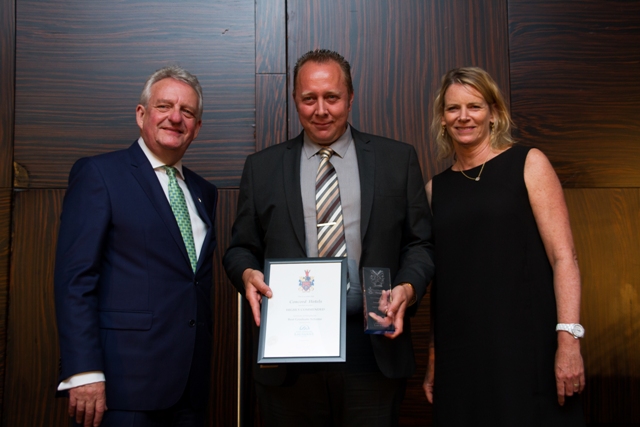 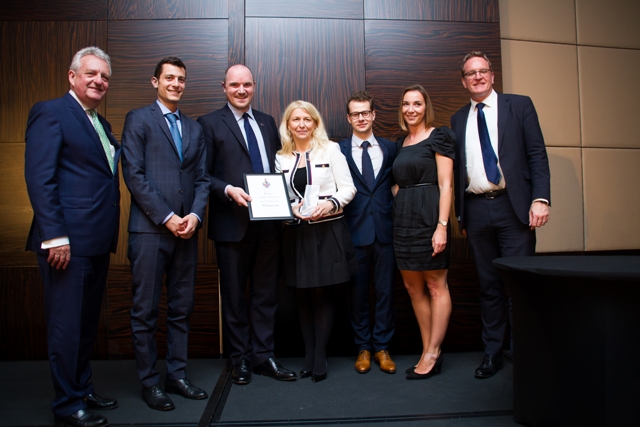 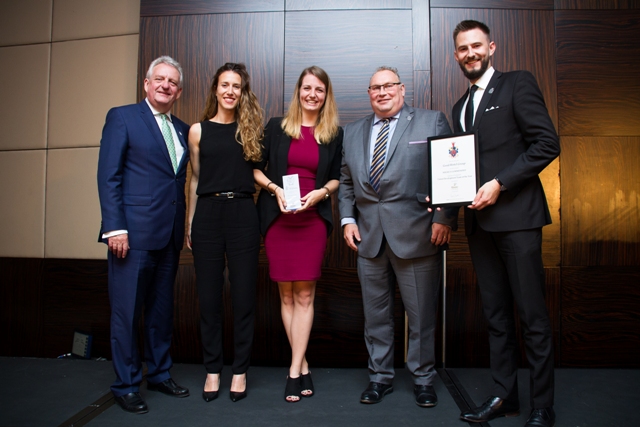 The Institute of Hospitality Annual Dinner & Awards 2018 were generously supported by the overall sponsor: workforce collaboration software company Planday. The other event sponsors were Meiko and aslotel. The venue sponsor was Park Plaza Westminster Bridge.

To register your interest in entering the 2019 awards or attending the event please email: events@instituteofhospitality.org

Thanks to all those who attended and shared the event via social media. Follow the conversation #IOHAwards on Twitter – @IoH_online