Housekeeping: the fast route into management 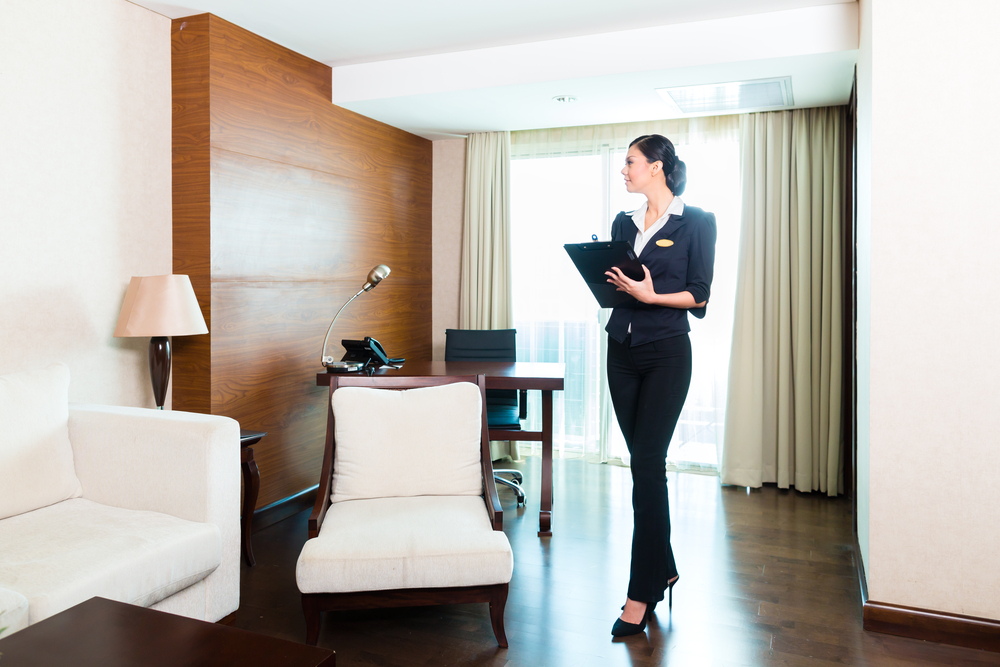 You think housekeeping is a dead-end job? Well, think again. It puts you at the profit centre of the hotel and can be a fast route into senior management. Ben Walker MIH reports

During a glittering career of high achievements, Vivien Sirotkin was the CEO of Q Hotels from 2007 to 2017 and since then she has embarked on a new project as the founding partner of Inspiring Hospitality Management. She was the first woman to manage a five-star hotel in Europe (Gleneagles 1988-2001), the general manager of Cliveden (2001-2) and vice-president of Guinness Enterprise Holdings USA (1991-2).

The secret of her success? She insists that much of it is down to her housekeeping background: “A start in housekeeping is as good a start as you’ll ever get in hotels. Cleaning rooms is hard work and if you can motivate and manage a housekeeping team, then you can probably motivate anyone.”  Vivien’s view wouldn’t be so surprising were it not for housekeeping’s persistently lowly ‘Cinderella’ status within the industry.

While Vivien was finishing her degree in hotel and catering administration at Surrey University, an international hotel company made a recruitment visit. With blatant discrimination they said they were only looking for one male trainee (“I was very upset about that,” she remembers) but added that there was a trainee opportunity in housekeeping.

“It was nothing I was interested in; I just saw it as a foot in the door,” she says on accepting the position. “But I found that it enabled me to get a very solid number of good generic skills.”  Satisfyingly, Vivien’s route into management was much faster than her male counterpart’s. By the age of 23, she was a head housekeeper and by her early 30’s a rooms division manager.

“I overtook the guy who took the traditional F&B route.  [Housekeeping] is a fast-track and you can’t hide behind technical skills. I developed planning and organisation skills, people management and motivation, which have helped in all my roles since. It also gives you an eye for detail and makes you a perfectionist,” she explains. No surprise then that Vivien thinks all hospitality graduates should do six months training in housekeeping and accommodation management.

“Being a woman and not taking the conventional route did not stop me getting where I wanted. I used my housekeeping positions to push into other areas,” she adds.

Yet, despite compelling evidence of its benefits, less than 1% of hospitality students choose to take the housekeeping route into management.

“Housekeeping often gets very little recognition and this hasn’t changed much in the many years that I have been in the profession,” comments Liz Smith-Mills FIH, vice-chair of the Yorkshire branch of the Institute of Hospitality. Smith-Mills FIH has forged a highly successful career by focusing solely on housekeeping and accommodation management.

“For someone who is deciding what they want to do with their hospitality degree, they may well think getting high marks for cleaning a toilet is nothing to be proud of.  But what I found was that at the age of 22 I was a head housekeeper opening a hotel in Cambridge. The following year, I was at the five-star Sandy Lane in Barbados. I can’t believe the places I’ve stayed and the ability to travel that a career in housekeeping has given me. Since then I’ve worked with Hyatt in Dubai and Shangri-La in Singapore,” she says.

At entry level, housekeeping has much to recommend it compared with working in shops or supermarkets, for example. You can find yourself working in beautiful surroundings, the hours can fit in with school times and are often more flexible than retail, and the work is physically demanding which some claim means there’s no need to spend time and money on the gym!

“People don’t realise the variety. Recently I’ve been on a cruise ship where there are 3,000 passengers and 1,000 staff.  It’s a lovely environment to work in. Another lovely environment is Center Parcs where the room attendants travel around on bicycles to clean the lodges,” comments Smith-Mills FIH. “There are also the perks such as the use of leisure facilities and you can manage your time to take advantage of holiday deals. When I talk to students they don’t realise the variety and the benefits of housekeeping to enable them to travel the world.”

Entries are now open for the inaugural Hotel Housekeeping Honours – the new triple ‘H’ awards are open to all sectors within housekeeping, back of house and hotel laundry, and both individuals and hotels can enter.