The Passion4Hospitality debate winners. Where are they now?

Passion4Hospitality 2019 takes place on Monday 11 March at the Novotel London West in Hammersmith. Passion4Hospitality (P4H) is the Institute’s flagship FREE student and industry networking event. The student debate is one of the highlights of the day. Since the first Passion4Hospitality event in 2011, there have been seven debates and 21 student winners. So where are our winners now and what are they doing?

In 2016 Rachael Stevens AIH (above holding trophy) was on the winning team for the University of Brighton. After graduating with a first, today she is Guest Services Manager at South Lodge, an Exclusive Hotel, and a member of the Institute’s Sussex Branch committee. She remembers the event well: “Involvement in P4H was very significant for me as I used to lack confidence in public speaking. So putting myself in front of a large live audience of industry professionals, students and academics seemed the logical thing to do!”

Her winning teammates both work in Stuggart today. Laura Riciotti is a Junior Sales Manager with Steigenberger Hotels and Resorts and Erek Thürsam is Assistant Front Office Manager at Le Méridien Stuttgart. 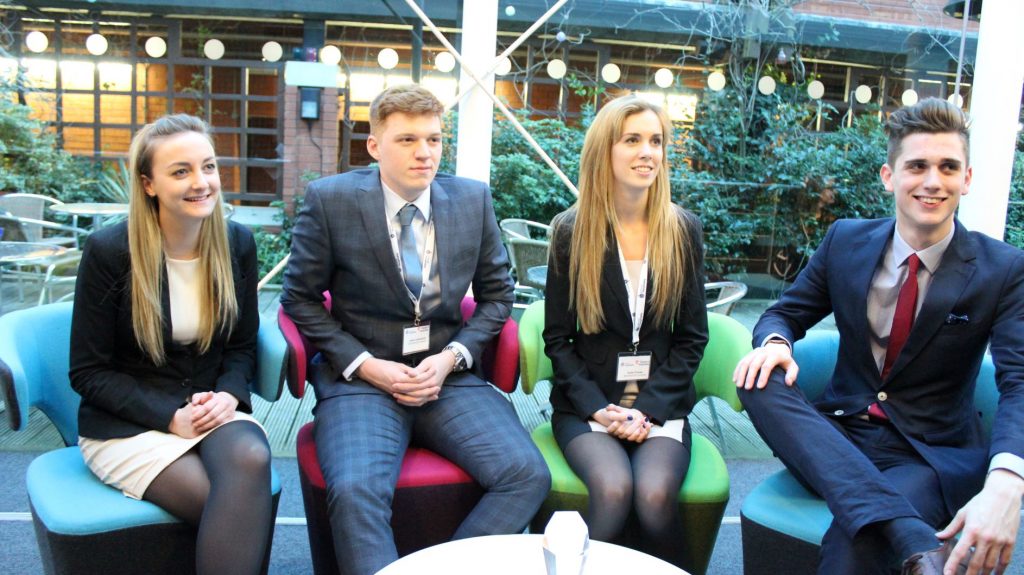 In 2014, Lewis Greenwood AIH (above second left) was on the winning team from Bournemouth University. Today he is a General Manager at the Genuine Dining Co, after having worked for BaxterStorey for more than four years. His teammate Michael Daw is a Lifestyle Manager for The Ten Lifestyle Group, following  over two years as a receptionist at The Beaumont Hotel. Rebecca Jagger is now Group HR Officer at All Star Lanes, a chain of bowling and entertainment venues.

As you would expect from talented hospitality management students, our former P4H debate winners are working in a wide range of disciplines and locations.

In the UK, James Cusselle (2017 winner from Plymouth University) is Head Sommelier at The PIG Hotel in Brockenhurst Hampshire, the winning hotel concept devised by Robin Hutson. His debate partner Lilla Ferencz, is a Guest Services Supervisor at Hampton by Hilton Bristol Airport.

Overseas, Anne Overwater (2013 winner from HotelSchool The Hague) is Partner & Head of Concept & Project Development with RHG in the United Arab Emirates. Aditya Prasad (2015 winner from University of Derby) is also in the UAE as a Duty Manager at Anantara The Palm Jumeirah in Dubai.

Passion4Hospitality is FREE to attend but booking is required. Book your place now.

See who will be exhibiting at the Passion4Hospitality 2019 careers fair.