Daniel Greenock from The Strathearn at Gleneagles Hotel in Perthshire has been named 2020 Restaurant Manager of the Year.

The result was announced at a sold-out awards ceremony run by the Institute of Hospitality and the Academy of Food & Wine Service at The Savoy in London on Monday 6 January.

The competition, now in its eleventh year, rewards the very best in the industry and is open to restaurant managers of all types of operation.

Tom Husted from Dakota in Manchester was named runner-up. The other two finalists, selected from ten semi-finalists, were Gianluca Austin-Rizzo of Simpsons Restaurant in Birmingham and Bart Czaja of Oscar Wilde Lounge at Hotel Cafe Royal in London.

Chief executive of the Institute of Hospitality, Peter Ducker, said: “We had more than 50 applicants to what is a very rigorous competition so it takes a tremendous effort to reach the semi-finals. It’s a real achievement. The competition is about finding the best restaurant manager but also it’s about sharing ideas, learning from each other and celebrating the role. The legacy is that everyone who reaches the semi final makes network connections with each other that will endure for years”

Peter was joined on stage by Philip M. Barnes, Regional Vice President & Managing Director of The Savoy. He said on the night:
“Being a Restaurant Manager is like being the meat in the sandwich. You’re chewed on at both ends, one end by your customer looking for the best experience at the best value, and the other by your General Manager looking for increased covers and increased revenues. I applaud your efforts having been in your shoes, as it’s a tough business that takes passion, enthusiasm, intelligence and energy.”

In his winner’s speech, Daniel Greenock said “It’s been a really enjoyable day, I’ve really enjoyed meeting all the contestants and it’s the first time I’ve ever done anything like this. I’m proud to say I’m going to go back and really push the service and the front of house side of things and hopefully inspire others to take part in this wonderful event. Thank you.” 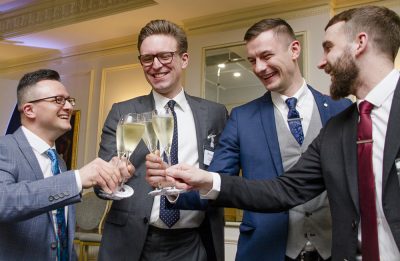 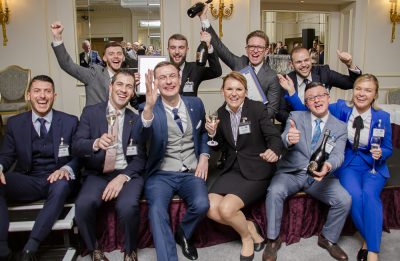 During the morning session, the ten semi-finalists were given tasks in four areas: recruitment and the skills gap; allergens; a business case study; and an interview with the judges.  The four finalists then went on to act out two restaurant management scenarios (a staff briefing and a service situation) in front of the VIP audience of more than 100.

Thanks to the support of the Savoy Educational Trust, Daniel wins the opportunity to attend a residential stay at a Swiss Hotel School to study hospitality management modules of his choice. The prize covers tuition, flights and accommodation.  Other prizes include a year’s membership of the Institute of Hospitality, Dinner at Kerridge’s and Champagne Afternoon Tea at Hotel Café Royal plus invitations to key industry events. All four finalists have the opportunity to be mentored throughout the year by leading industry figures.