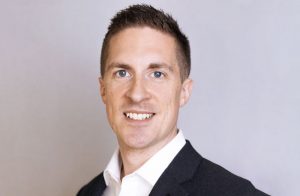 If you’re serious about achieving great things in your hospitality business, you need great teams and great leadership. Adam Rowledge FIH will be sharing how to achieve measurable success in these areas during two new IoH professional development workshops in March 2020.

In the 2019 Hospitality Business Leaders Insights report, 97% of respondents said that they think labour shortages will be significant for the sector. Couple that with the statistic of only 13% of employees worldwide being actively engaged, according to the most recent survey by Gallup, it’s clear to see that improvements need to be made in our ability to attract and retain the best talent for our teams.

In our industry we often talk about these challenges, but not enough is being invested in tackling them. As hospitality professionals it’s a responsibility to invest in the professional development of individuals and teams. In the 2018 Deloitte Millennial Survey, 48% of millenials and 44% of Gen-Z that were surveyed stated that ‘opportunities for continuous learning’ were very important when choosing to work for an organisation.

Adam brings a wealth of experience, and often speaks on the topics of hospitality talent management and leadership. He has won awards in 2018 for Best Management Strategy at the Springboard Awards for Excellence and Independent Hotelier of the Year, in addition to various other industry awards in recognition of the success achieved in attracting, developing and retaining talent. During his time as General Manager of Georgian House, Adam developed an outstanding culture and the hotel was named as one of the Best Places to Work in Hospitality for four consecutive years.

According to the 2019 Best Places to Work in Hospitality survey by Purple Cubed, four out of the six most important things which make a great place to work are related to teamwork, respect, positive working environment and communication. In addition, with results varying between surveys, between 45-85% of employees don’t the leadership in their organisations. In these workshops we’ll cover all of this and help those who invest in their development to build a-list teams and develop leadership potential to build for long term success.