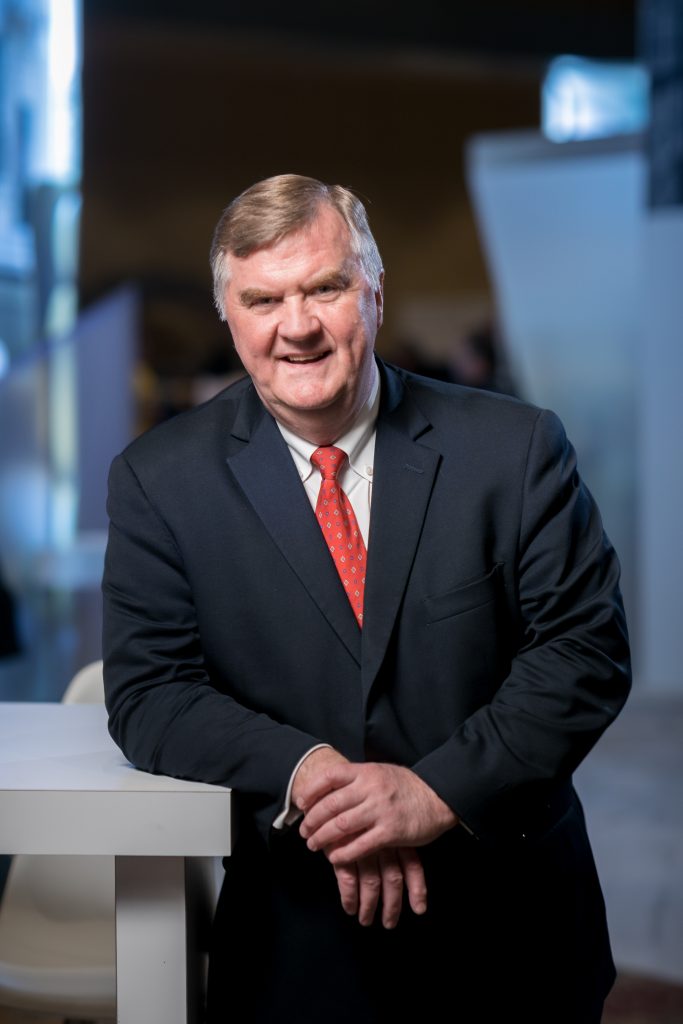 John M. Kidd FIH is the chief executive officer and chief operating officer of Radisson Hospitality Inc. He reflects on his career so far and his current role based in Minnesota.

“The flight from China to Minneapolis is a long one but has brought me to a new and exhilarating time in my career and the travel industry overall.  Hospitality and travel are in my blood, so it is not surprising that I have spent 45 years in the hotel industry. Although I was born in New Zealand, I started my career in South Africa, then exploring and working at destinations all over the world with my current home on the opposite side of the world in Minneapolis, Minnesota.

Prior to settling in the ‘Land of 10,000 Lakes’ as the great state of Minnesota is known, I spent five years as President and COO of the HNA Hospitality Group, the hotel and investment and management platform under HNA Tourism and Aviation Group that is focused on creating a mid-to-high end global hotel network. Today, HNA operates and invests in nearly 3,200 hotels with over 380,000 rooms across major markets around the world including my current employer, Radisson Hospitality, Inc.

My five years with HNA brought me to Beijing and was a fantastic opportunity in my career that I will never forget.  I worked with wonderful colleagues and learned a great deal about the culture and hospitality in Asia with a love for its people, art, food and energy. I took away many learnings about the expectations of overseas travelers who want to immerse themselves in the many cultures of Asia as well as observing the desires and needs of the growing travelers from Asia Pacific to destinations around the world.

The head of China’s biggest online travel service Ctrip is predicting the number of passport-holding Chinese citizens will double to 240 million by 2020, a trend that could fuel an explosion of mainland tourists exploring the world. India has the potential to disrupt the global travel industry in the future as well. UNWTO predicts that India will have 50 million outbound tourists by 2020.

In my new role, I intend to take my cumulative learnings and bring them to this new era for Radisson Hotel Group.  I have already experienced an incredibly dynamic time as I transitioned from my role with HNA to CEO and COO of Radisson Hospitality, Inc, formerly Carlson Hotels, Inc. at the time of acquisition.  In December of 2016, HNA acquired Carlson Hotels, a privately-held global hotel company that owns and operates brands such as Radisson Blu, Radisson and Country Inn & Suites by Radisson.

I was positioned in my role to re-invigorate the brand across the Americas and Asia Pacific and work closely with our European majority-owned subsidiary, Radisson Hospitality AB. Like many hotel groups that have existed for over 50 years, I found myself in an organization that was a diamond in the rough.  At the time of acquisition, Carlson Rezidor was a world-class organization with an entrepreneurial spirit from our deep roots as a family-owned hospitality company.  We had tremendous value in the marketplace but knew we could make it even better.”

We have started that process, with a vision of becoming one of the top three hotel companies in the world and hotel of choice for guests, owners and talent.  To accomplish this goal, we have developed a strategic five-year plan, which will transform every part of the business and grow our portfolio to better meet the needs of our guests everywhere in the world.  We will accomplish this by being a True Host and Best Partner backed by our powerful signature promise, Every Moment Matters.  Our recent rebrand to Radisson Hotel Group was a major milestone and signal to the world that we are an aligned organization dedicated to growth and adding value to everyone who walks through our doors.

Our Minneapolis HQ is home to some of the best people I have ever met and serves as a wonderful base to continue growing our dynamic company.  I anticipate a thrilling time in the hotel and hospitality industry over the next five years as new technologies and new travelers continue to evolve one of the most important economic drivers and exciting industries in the world.”