Natasha’s Law and What You Need to Know to be Compliant!

Home>Events>Natasha’s Law and What You Need to Know to be Compliant!
Brian Edwards 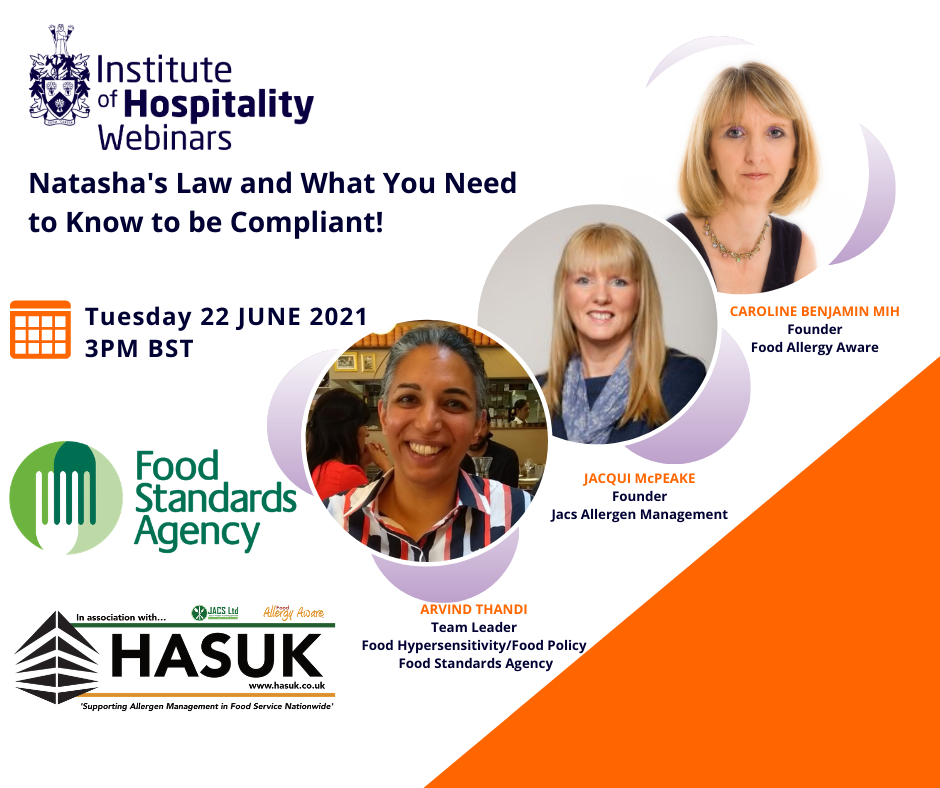 Join Caroline and Jacqui who will be giving an introduction to the new Natasha’s Law legislation which comes into force from 1 October 2021. Arvind will be giving guidance and examples of how the new legislation will work going forward – with the opportunity to have a Q & A session.

The UK Food Information Amendment, also known as Natasha’s Law, comes into effect from October 2021 and will require food businesses to provide full ingredient lists and allergen labelling on foods prepackaged for direct sale on the premises. The legislation is being introduced to protect allergy sufferers and give them confidence in the food they buy.

This amendment was brought about thanks to the actions of a lobbying group lead by the parents of Natasha Ednan-Laperouse, the teenager who died after suffering an allergic reaction to an undeclared ingredient in a prepacked meal. Due to their efforts, the government confirmed that stronger laws would be implemented to protect those with food allergies and give them greater confidence in the food they buy.

According to the new rules, PPDS (Prepacked for Direct Sale) food will have to clearly display the following information on the packaging:

These changes will apply to businesses in England, Wales and Northern Ireland. Similar changes are expected to be introduced in Scotland by Food Standards Scotland. It is estimated that almost 1 in 5 people in the UK suffer from an allergy.